The owner of Platinum Hail & Dent Co, hail repair, Jeremy Houghtaling, got his start in the paintless dent repair industry by pushing door dings and dents for dealerships across the US. Soon innovators in the industry started to realize that the PDR technique could also be used to repair hail damage on vehicles. Seeing this opportunity, Jeremy founded Platinum Hail & Dent Co. Shortly after Platinum Hail & Dent Co. was started, paintless dent removal was proved to be a superior method of hail repair when compared to conventional methods; like the use of bondo and paint.  Around the same time, insurance companies, body shops, and dealerships began to realize that not only was PDR a better repair method, but was also much more effective in putting equity back into a vehicle due to the fact that PDR restores the original factory parts and retains the factory finish. Over the years Jeremy has become a leader in the PDR industry and has developed and perfected many of the techniques that are standard in the PDR industry today. 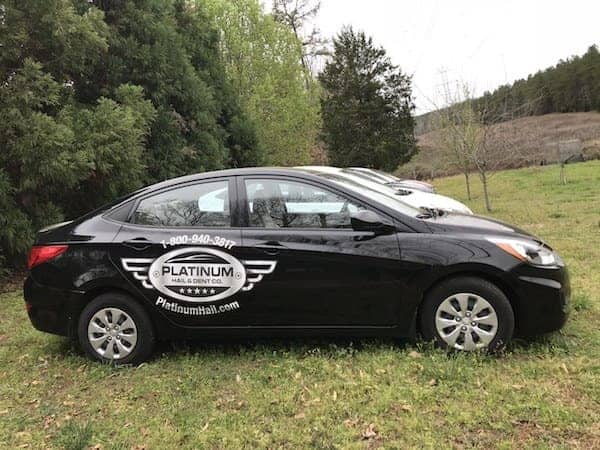